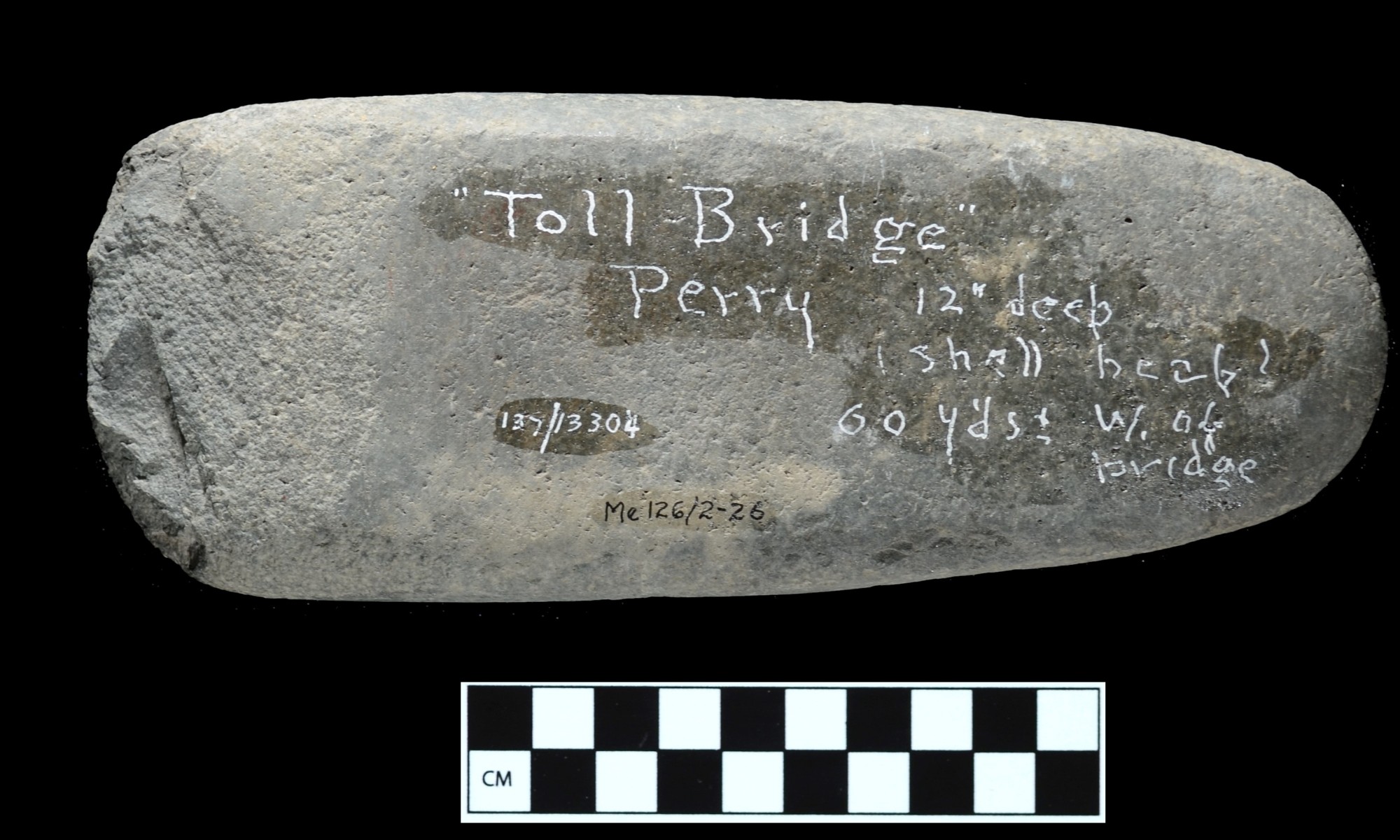 Hello! We are Arthur Anderson and Gabe Hrynick, faculty at the University of New England and University of New Brunswick, respectively. Much of our fieldwork together is in far Down East, Maine on Cobscook Bay in Washington County. We’ve been lucky enough to make a few visits to the Peabody over the last few years to get an understanding of the collections housed there from this area. Now we’re excited to be back for an extended visit to explore these collections further! The Peabody’s collections are particularly important to our research because in many cases they may be all that’s left of sites that have eroded due to rising sea levels and increased storm magnitude.

The Peabody collections from Cobscook Bay are almost all the product of the Northeastern Archaeological Survey from the late 1940s to the middle 1950s. The project was initially led by Robert Dyson, future director of the Penn Museum, but effectively taken over by Theodore Stoddard, the most consistent member of the crew over those years. In addition to NAS members from the Peabody, Stoddard worked closely with avocational archaeologists in the area. The most prominent of these was Isaac W. Kingsbury, a Hartford internist who summered in Perry, Maine and seems to have been a local point of contact for the survey crew, and even occasionally published his findings in the Bulletin of the Massachusetts Archaeological Society. One of the most interesting aspects of our research in the Peabody Collections has been reconstructing the work undertaken during those years largely from charming and expansive correspondence between Kingsbury and Stoddard to better understand the context of their records and collections. It’s also a lot of fun to read their accounts of the joys and challenges of working in an area that we love. We can commiserate with their complaints of construction on US Route 1 almost every summer and the barrage of mosquitoes and black flies. We certainly identify with ‘day book’ entries recounting their discussions of the latest archaeological publications on the long drive there. Unfortunately, Frank’s Restaurant in Freeport is long gone, so we can’t comment on their lunch recommendations. 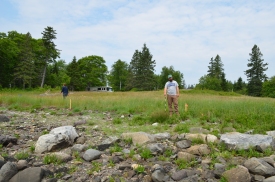 Arthur hard at work at Reversing Falls, ME 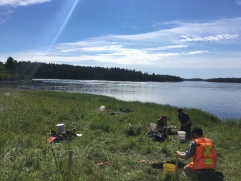 In addition to better understanding the NAS collections, we’ve been looking for some very specific artifacts within it. Our current project, funded by the Social Science and Humanities Research Council of Canada, focuses on the very earliest period of European interaction with Maine and the Maritime Provinces. This is often referred to as the Protohistoric period. By examining old collections for things like glass trade beads, early iron axes and fragments of copper kettle that we have much more context for and information about than they did in the middle of the 20th century, we hope that we can better understand the period and potentially re-locate sites we know to have Protohistoric components thanks to the Peabody collections.