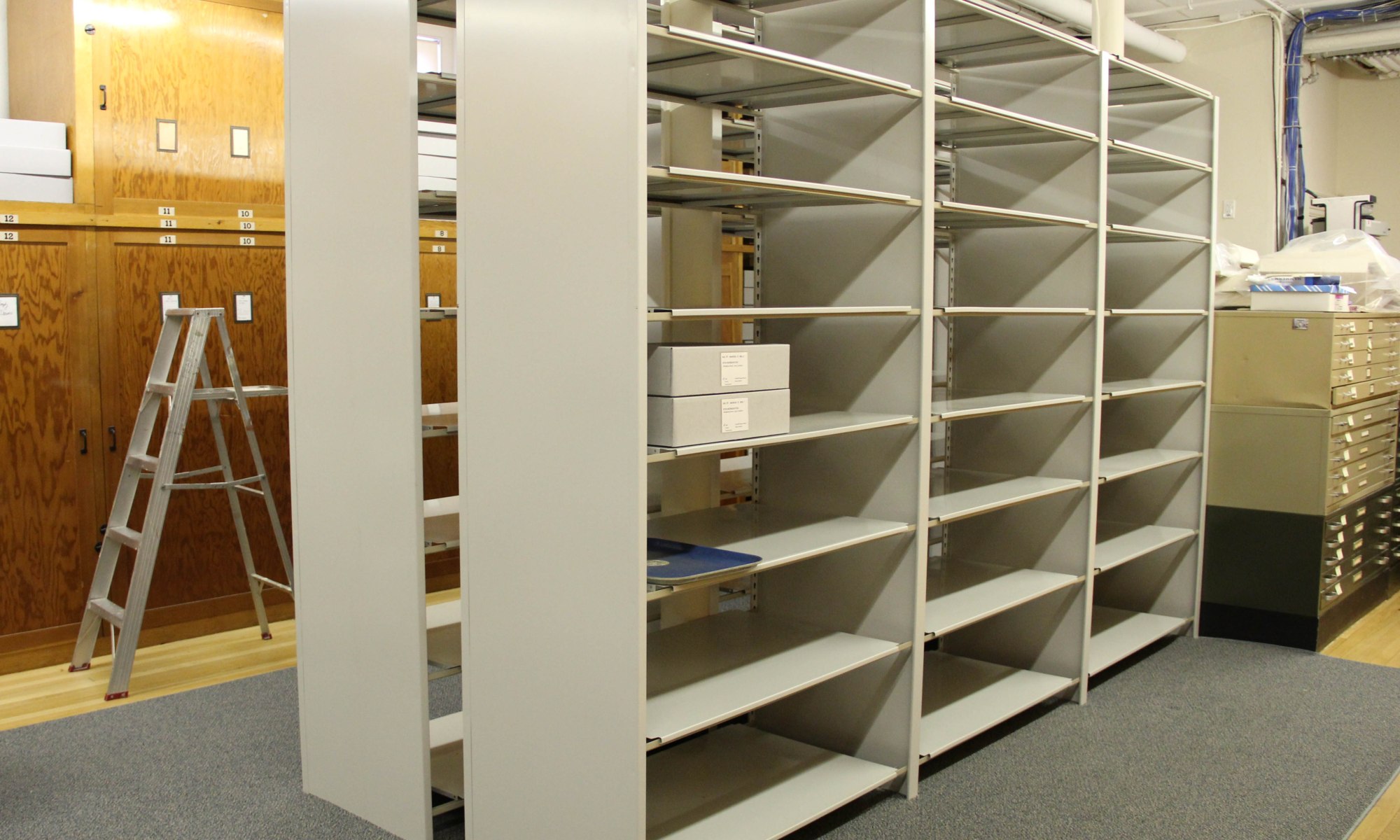 As I began working this summer on the reboxing project, it immediately became apparent that the artifacts needed room to grow sooner rather than later.  Moving the objects from the wooden drawers into the boxes revealed just how heavy some of those drawers were – some too heavy to be supported by the new archival boxes.

What I needed was solid temporary shelving to support these materials.  Donnegan Systems, Inc. of Northboro, Massachusetts to the rescue!   Donnegan Systems has been consulting with us periodically to reimagine collections storage once all the artifacts have been boxed.  They saw our need and offered some spare shelving that was taking up space in their warehouse.  Delivered and installed in a single morning, these shelves will facilitate faster progress with the reboxing project. 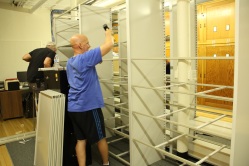 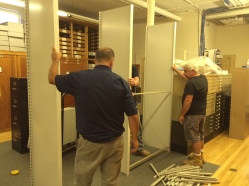 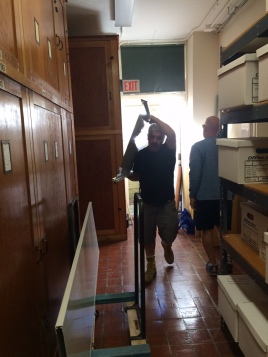 Delivery down a tight hallway 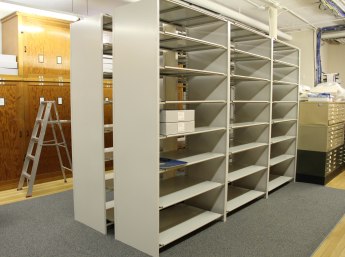 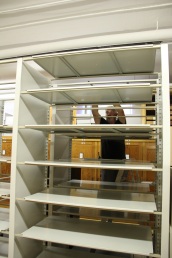 One Reply to “Shelving to the rescue!”